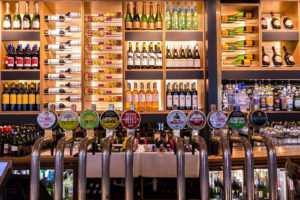 Well goodness me – it would seem that no-one really actually knows who invented alcohol and when it was invented. There is much speculation, however,  it dates back so long , around 9,000 years or so. A time in which I cannot imagine that when a discovery was made, the first thing that they did was to ensure that they wrote down the date etc. It was almost certainly discovered by accident and then developed from there. I must say however when I say invented alcohol I mean discovered as I don’t suppose that you can invent something that occurs naturally?!

Here’s what we do know and let’s start with the basics;

What is alcohol? In its natural state it is a colourless liquid that is produced by the natural fermentation of sugars  and contains a  high amount of ethanol (what we informally call alcohol). This in short is the intoxicating beverage that some of us are partial to on occasion (once it has been made palatable of course).

There is evidence that has been found by archaeologists proving that the discovery of alcohol dates back to Neolithic man in 10,000 BC as stone jugs have been found containing residue of fermented liquid.

Similar findings have been found in China which they can pinpoint a little more accurately as dating back to about 7,000 BC. It has been said that fermented drinks were being created 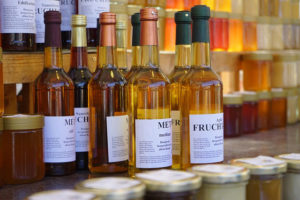 intentionally from a combination of honey, fruits and rice. It has also been said then once it was discovered that a drink with such effects as alcohol could be created out of food, it prompted serious agriculture! Mmmm Mead!

The same time as fermentation was happening in China, the Middle East were also on the case and were making grape wine and barley beers although the wines were not quite what we see today.
The earliest recorded date for wine production is 6000 BC.

There has been evidence found all around the globe pretty much everywhere from Egypt in 3150 BC through to Sudan in 1500 BC.

From 2100 BC was when it was discovered that alcohol could be used for medicinal as well as social purposes.  Giving it to the depressed and dying was a great way to help them forget their pain and or misery. Not ideal though I am sure… Thank goodness for modern medicine!

The efforts that some went to in order to be able to make alcohol is quite large. Take for example, some tribes in South America made a beer style drink from Maize however before fermentation, the plants had to be well chewed before to allow the starch to be turned into sugar. I am not sure what they were called way back when but in these modern times they are often called chicha. It is still made to this day in many places. This method was also used in China for some sake drinks.

Fermentation is the very beginning of the makings of alcohol and  is how drinks such as beers, ales, ciders ,wines and sake are made. Fermentation is key for any alcoholic drink however for drinks like spirits, they must be prepared further by the method of distillation. Historians state that distillation dates back to the 2nd Century with the first distillation process being used for distilled water. This of course then developed over the years into what we have today. Stills which are put to use to distil grains, fruits and vegetables that have been through the fermentation process.

I believe that almost every country makes and distilled alcohols of some kind and many have different cultures when it comes to drinking. Accepted in most places but completely banned in some.

So our findings – the sweet alcohol that we love has been around pretty much forever in some way, shape or form. I doubt that we will ever know the exact date and time that it was discovered. Nor will we know for sure the name of the lucky person who made the discovery of a lifetime that has shaped so many countries & cultures and has helped bring people out of themselves and created so much art and music.

There are both good and bad points about alcohol but as long as it is enjoyed in moderation…….