Whiskey is such a favourite tipple these days that it is made all around the globe. It is a huge favourite for our choice of hip flask fillers. Do you carry a whiskey flask?

Distillation
Stills that are used for Whiskey making are more often than not made of copper. Why? It makes it taste nicer is why. The copper actually removes sulphur based compounds that accrue in the alcohol which would taste pretty nasty if not removed.
The copper stills used in the distillation are pot stills. A pot still has one single heated chamber with another chamber alongside to collect the purified alcohol. This is the most effect method used for most whiskey’s however for grain and bourbon whiskey’s the still used more often than not is a column still. It works in the same way as a pot still however it is formed into a long vertical tube which allows for a higher alcohol content during the fermentation process.

Once the whiskey has come out of the stills, it is time to pop them into the chosen barrels for aging. Whiskey does not age in the bottle and so the time spent in the barrel is the “age” of the whiskey.
The aging process varies depending on the flavour that is desired. It is a misconception that the longer it is in the barrel, the better it will taste. This is not necessarily true as it is said that after a decade or two, you have got the best flavour that you can and any additional aging may not particularly make it taste any better or improve the quality.

For a finer and fresher flavour, many distilleries in Scotland and Ireland tripe distil their whiskies. Some in Scotland are known to go through the distillation process 20 times. WOW!

There are so many chemical reactions and processes that the whiskey naturally go through whilst in the barrel that improve the flavour, the consistency and even the colour. Amazing what happens when you pop some alcohol into a barrel and leave it. Oh wouldn’t it be lovely if it were that simple. I take my hat off to these magicians that work in the distilleries!

Different Types of Whiskey
The distillation method and aging process etc decides the type of whiskey. The type being made will be decided before it gets to the still and the “recipes” amended accordingly.

Although there are 2 main types going on what the whiskey is made from i.e. barley or grains, the malts and the different grains are combined to create varying different styles we shall call them.

Single Malt Whiskey –made from a mash that uses only one particular malt and comes from one single distillery.  Usually  a blended whiskey which has come from different casks within the distillery all of different ages.

Blended Malt Whiskey – is a mixture of single malt whiskeys from several different distilleries . If you see a whiskey label that says pure malt, it will be a blended malt whiskey

Blended Whiskey – is a mix of all different types of whiskeys from many different distilleries.

Cask Strength –  also known as barrel strength and is quite a rare type of whisky. Cask strength is bottled directly from the barrel with very little or no dilution at all. usually the vest best of whiskey’s. 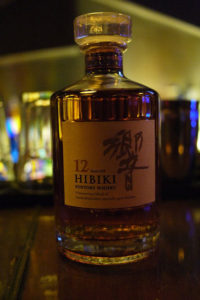 There are many countries now making whiskey and each country has their own set of rules and regulations. For example, all Canadian Whiskeys have to be made from a fermented mash of cereal grains and has to have been aged for at least 3 years before they can be bottled.
Did you know that Japan are now very well known for making an excellent high class whiskey.. I haven’t had the pleasure of trying one yet but here’s hoping!

The reason that different countries have their own processes is so that they can make their own distinguished taste that can be easily identifiable.
If you try whisky’s from different parts of the globe, see if you can spot the subtle flavour characteristics of each country.

Time to get your whiskey flasks out and put them to good use.