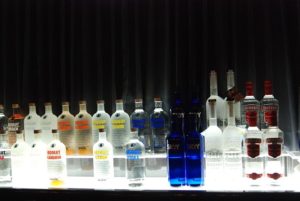 Vodka is one of the most favourite alcoholic drinks around the globe. Why? Because it is delicious and crisp!
Fermenting certain grains and fruits so that they produce an intoxicating drink has been around since very ancient times and vodka was one of the earliest liquors to have been made.

The way that vodka is distilled and produced has changed over the years and for the good. Some vodkas are now distilled 3,4 or even 5 times to allow for a purer and more refined taste. What used to be a drink made by the poor and drank by the poor, as the years have passed, it has become more and more specialised and enjoyed by all. Enjoyment is key which is why I love filling my drinking flask with vodka so that I can have a little nip every now and again.

Vodka can be made from pretty much any grain or vegetable however the most common and most popular are made from grains such as corn, wheat or rye. Some vodka is still made from the traditional vegetables which was potatoes and some are made from molasses and even grapes. The ones made from rye and wheat are said to be far superior.

Once it is decided what grain or vegetable is to be used, the process begins. Firstly the mash is prepared by popping the raw materials into a mash tub. The tub is  a little like a washing machine. It tumbles everything around until it is broken down.  Malt meal is added to the mix to help convert the starches to sugars. The mash then has to be sterilised to avoid the build up of bacteria. This is done by bringing the temperature to boiling point. Certain lactic acids are then added to raise the acidity needed for fermentation. 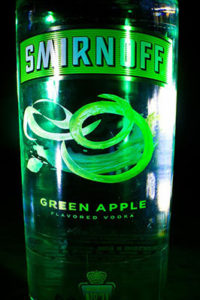 For the fermentation, the mash is put into large vats, usually made from stainless steel. The vats are then closed after the relevant yeasts have been added. Fermentation takes a few days, around 2-4 and in this time the yeast converts the sugars into ethyl alcohol.

Once the fermentation is complete it is time for the mix to be distilled.  The ethyl from the vats are pumped into still for the distillation part of the process. The alcohol is cycles around the stills and heated by steam until the vapours are released, condensed and the impurities removed. The concentrated vapours are stored in the upper chambers of  stills. These vapours contain 95-100% alcohol. Wow! This makes the proof around 190% which of course is not drinkable. In order to render it safe to drink, water must be added. Enough water is added to lessen the proof to around 80% and the alcohol 40%.

In some US and European countries, before the liquid makes it to the stills, it is passed through activated charcoals in order to purify the vodka further. This can be done many times.

Getting the right hip flask for your favourite Vodka has never been easier with our extensive range of flasks.

If you enjoyed reading this article, we also have another on the history of vodka.