Things you shouldn’t do while using a Hip Flask 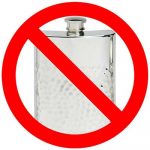 So it would seem that some people think that having a hip flask means you can just carry on as normal or, in some cases become super human – no sirree and so, we thought that we should advise you some of the things you shouldn’t do while using a Hip Flask.   It’s funny how when people drink alcohol they think that they are not just invincible but entitled to do many things that they might not normally get away with.

Lets start by saying that having a hip flask hidden away in your jacket pocket doesn’t mean that you are invisible to the law. The little accessory that you pop into your pocket is not a get out of jail free card. In some cases it is more likely to land you there…

Here are just a few little things that we would advise against when you have had a day out with your friendly hip flasks;

I am sure at times the amber nectar can make you feel like you could fly however, you can’t! You are a human being, not superman, not a bird. Also, you do not have wings…. In all honesty this is not something that should be tried when sober let alone under the influence. You can of course try and fly from the ground, just flap your arms up and down really fast and see what happens. Nothing happens! Um, yes I have tried – once or twice….don’t let me stop you trying it though.

Walking or running through walls 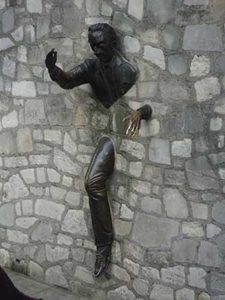 I have met several people who have thought that they are much stronger than they actually are and who thought that they would actually be able to run through a wall. It did not end well, concussion and a trip to A & E. Could have been much worse though. Sadly, hip flasks and their yummy contents are not a magical potion.

It may seem like a good idea at the time but, it is going to hurt when you fall off which you no doubt will. Have you every tried to ride a bicycle when drunk? Our head honcho did when he was a young lad and it didn’t end well. Ok so he did get to his destination but there was blood and a damaged bike! Just walk, it will probably actually be quicker.

Captain a boat (even just a little one)

This isn’t something that I have done sober (well not a big one anyway) but it strikes me as something that shouldn’t be done whilst inebriated. I know people take boats along the canal and drink but usually within moderation. I think it is frowned upon to drive a boat and pretend you are a pirate. Not that I would do that by the way. *ahem* 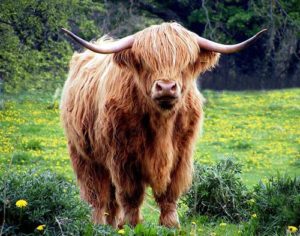 Hug all the animals

Yes all of them! Speaking from experience, 1 – this is not an easy thing to do when you are a little unsteady on your feet and 2 – believe it or not, not all animals like to be hugged!
Also dangerous – cows can get a little aggy when you are in their space. Steer clear!
Most animals much like humans do not like their personal space being invaded by a tipsy hugger!

Not a wise move! For some, alcohol gives the illusion that people are harder than they are and they seem to grow very large booze cajones. This goes for men and women – it  can make them brave. Another non wise move. It is likely to get you in big trouble. Say something cocky to the wrong person and bam, it is lights out for a little while.
Also these cajones may lead to feelings of cheekiness and endearment however, more often that not this comes off as cocky and highly annoying. We have all been that person who takes the joke a little too far. We don’t want to risk offending people.

There are so many more that I can think of such as horse riding, golfing, fishing (ok actually lots of people have a hip flask when fishing).

Also there are of course many things that I have negated from this post that you really should not do whilst drinking however, this is supposed to be rather lighthearted and a bit of fun.