I have to admit that rum is by far, hands down my favourite liquor. Drunk on the rocks, straight, with a mixer or in a cocktail, it is all delicious. Dark rums are without question the best (in my opinion) followed by spiced rums and then white rums. Through the years my mind changes, I started off on white rums and as my tastes changes so did my preferences.


I read up recently on the origins of rum and how it came to be and I found it quite fascinating and so I thought that I would summarise for you so that you too would have some of the information;

Origins
The precursor of rum dates back so far that no-one seems to know the date, it is just know as going far back to antiquity! Quite far then?!

Fermented drinks from sugarcane is believed to have first been developed in ancient India or China and would seem to have spread worldwide from there.
In the 14th century Marco Polo was said to have been offered such a beverage called Brum which he described as a “very good wine of sugar”.

The first distillation of what we call true rum, not it precursors, started in the 17th century in sugar plantations in the Caribbean.  The discovery that the by-product of sugar cane refining process, molasses, could be fermented into alcohol was found by the plantation slaves.

After the original development of rum in the Caribbean (they think Barbados) the popular drink next spread to North America and to support the demand for the drink, the first rum distillery in the British colonies of North America was set up on Staten Island, Boston.
Can you believe that the manufacture of rum became the largest and most prosperous industry in new England. I can believe it to be honest as it really is delicious.
It was that well thought of and sought after that at times they just could not keep up with the demand and so for a time, much like gold, rum became a precious commodity and was accepted as a currency in Europe for a period of time. Hmmm weekly shop or rum, that must have been a hard decision to make 🙂

As I am sure that you are aware rum is also well associated with the navy and of course pirates. The association with the Navy came about in 1655 when a British Fleet captured Jamaica. They 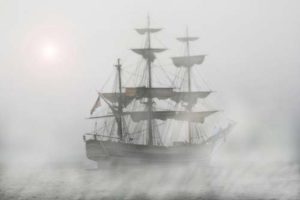 swapped their rations from French Brandy to rum and never looked back. Henceforth came the name Navy rum. I always wondered how that had come about….. These rations were known as a “tot”.  Rations used to be given neat however in around 1740 to help keep the sailors a little more sober, the rum was mixed with either water or beer and came to be known as grog.
The traditions of the Royal Navy drinking rum was lost back on the 31st July  1970 when the practise was abolished. Shame, well probably not these days.

The associations with pirates came into play through British privateers trading the precious rum. After being in the navy, their fondness remained but instead of grog, pirates drank bumbo which was the same thing…

Unlike most other spirits that we drink, rum has no set or specific production methods. How it is made depends on the location they are made, the distiller and the traditional styles of each country.

Rum is now produced all around the world and is available in many styles, flavours and proof.
We have gone into this in lots more details for you in another article. Click here to view “Rum – Grades and Production”

Etymology
So where did the name come from? It surprises me that in actual fact, no-one can pinpoint where the name originated. There is endless speculation of the why’s and the where’s but no actual decision has been made. I will tell you some of the said origins and then you can decide which one you like the best and then go with that one.

British – having a rum time. Rum being slang for the best…… not too sure about this one.
Romani – rum means strong and or potent…. could well be. Taken from a real word which well describes some rums.
Dutch – taken from the Dutch word rummers which means large drinking glass….. am a little sceptical .
Latin – taken from a word that means seconds or again. The Latin word is iterum…… could be possible as I quite often say again? after a round of rum.
French – from the word arome meaning aroma… another possibility as rum does have a wonderful aroma. Next time you fill your hip flask with rum, make sure to soak in the aroma of your favourite rum. It won’t stay in your hip flasks for long!

It seems as though the people of the world love a wee drink of rum which is why we think it makes and excellent filler for your hip flasks. You can share the rum from your hip flasks with friends should you wish using a wonderful cup set or, you can keep the gorgeous liquor to yourself. Your hip flask, your rum. You decide!