Vivacious Vodka for your Hip Flask 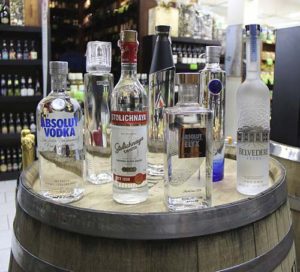 Some say that Vodka is both flavourless and has no smell however, I think that there are many of us out there who would disagree. Personally I think it has both but maybe that’s because I’ve never consumed an expensive vodka. For me I can certainly taste it and can most certainly smell it. I am not saying that this is a bad thing however as I am rather partial to a nip of vodka on occasion 🙂

Vodka is a distilled liquor that is made from cereal grain or potatoes that have been fermented however, some modern brands make theirs from fruits or sugars.

Traditionally drunk neat and served chilled, over the years it has evolved, especially in places like the UK and the US where it has been drunk with varying mixers such as coke, cranberry juice and even orange juice as well as tomato juice. It is also commonly used in many tasty cocktails, you can head over to our Vodka cocktails page for some ideas after you’ve finished here.

Vodka is a word which has been modified slightly from its root meaning to convey a slighter degree of the meaning. The word came from the Slavic word voda which meant water and was interpreted as little water. When the word first came about and was recorded for the first time in 1405 it was used as a term to describe medicines and cosmetics can you believe? The actual word for vodka as we know it today was gorzałka which meant “to burn” in old Polish. They had that right! The word was then changed to vodka to mean the alcoholic drink.

As with pretty much the rest of liquor in the history of the world, there is no documented date of when vodka was first made or in fact where.
There are however several places in the EU where it could have originated from. These possible places are where 70% of today’s vodka is produced. These countries are known as the Vodka belt and include, Sweden, Poland, Russia, Norway, Iceland, Latvia & Ukraine. These places are well known for their vodka drinking and production.

In Poland, vodka has been around and has been produced since the middle ages . In 1619 a book was produced giving detailed instructions on how to make vodka from rye and the different benefits of using certain herbs. For example there were experiments with certain herbs that could be used to awaken lust and increase fertility. I think this may have something to do with the alcohol in general though as I have heard that other spirits have this effect too 🙂

At the end of the 16th century production increased on rather a large scale. Polish vodka became well  known throughout Europe and at one time there were 498 working distilleries.  The early methods of production resulted in low-proof liquid. In order to increase the proof, the liquor had to be distilled several times over. Although many of the original brands have closed down and are no longer in production, there are still many beautiful Polish brands out there that are enjoyed this day. 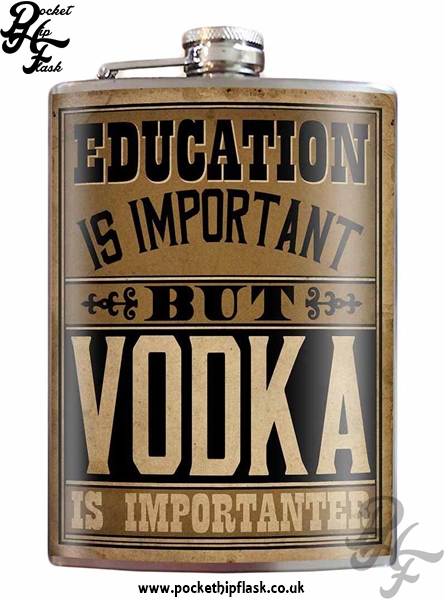 In Russia, it was introduced to the country in the late 14th century. It is said that a monk named Isidore was the first to make a recipe for the very first Russian vodka. Isidore had a great knowledge of distillation and so was said to have made a higher quality beverage than others. The beverage although vodka was originally referred to as ‘Bread Wine’. It wasn’t until the mid 18th century that the liquor really came into its own with a higher alcohol content. It went through many filtering and distillation processes to ensure a higher concentration of alcohol was achieved. During these days it was most commonly known as ‘Bread Wine’ as well as ‘Burning Wine’. Diluted with water it was sold in taverns and was quite expensive. Now however it is much cheaper in comparison and can be found across the globe and is available for all.

There are of course other countries where it may have originated from however, researched shows that it is likely either Poland or Russia. I am sure that we will most likely ever know.

What we do know is that Vodka is a wonderful drink that should be enjoyed responsibly and, that it is a great drink to carry around in your favourite hip flask.  With over 300 different styles and designs to chose from we offer a wonderful selection of hip flasks that make perfect gifts or sinful treats.  With our in house engraving you can personalise your flask to say something really special.

Read more vodka related articles by clicking on any of the titles below and don’t forget your hip flask;