It’s hard to really give a full or even part history of gift giving but we have put together a few things. 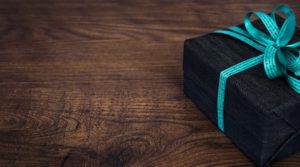 One thing is clear when it comes to gift giving and that is the simple fact that humans have been giving and receiving gifts since we first learned to walk straight.  Whether a gift of food, shelter, clothing or shiny new hip flasks the idea of gift giving has always been with us.

Some researchers who have spent time looking in depth at gift giving believe that giving gifts resulted in men who were the most generous with gifts possibly having the most reproductive success with women.  With regards to gifts for men, it is often said that a way to a mans heart is through his stomach and nothing brings this into light more that a recent study which showed that food is used in exchange for sexual access and grooming in the chimpanzee, which just so happens to be our closest ape relative.  It is well noted that women who regularly gave gifts including extra food or a beautiful piece of clothing helped to look after the family provider as well as her children.

Many years ago people gave gifts to their tribal leaders as well as exchanging gifts among themselves. These gifts were simple gifts primarily made from carving or etching bark and wood. The idea of gift giving has always been reciprocal, except when gifts were given to the leaders of state in various cultures. You will note in the news that when our current prime minister travels to different parts of the world he (at the time of writing this) gives a gift as a mark of respect to the welcoming dignitary of the country being visited.  In turn the leader of that country will then give a gift of welcome unless the custom dictates otherwise.

In the middle ages Richard the Lionhearted is known to of gifted a flock of birds to the representative of Saladin. It would seem that live animals were often used as diplomatic gifts and one such gift was given to Queen Elizabeth, where she was presented with “Jumbo the Elephant” from Cameroon. This certainly made for an interesting gift.

The ancient Romans practiced the tradition of gift giving at the festival of Saturnalia.
Saturnalia was held on the 17th of December of the Julian calendar and was a festival which was in honour to the deity Saturn, later this ancient festival was expanded with festivities that lasted through to the 23rd of December. A sacrifice was first made at the Temple of Saturn which was in the Roman Forum, and a massive public banquet was laid out which was then followed by private gift-giving as well as partying which involved a carnival type atmosphere, jugglers, performers and many other entertainments

that overturned the standard Roman social norms were expected during this time of revelry.  During this time of festivity gambling was permitted,  and even slaves where part of the festivity as they mockingly exchanged places with their Roman masters so they could be waited on and table service provided for them.
As the celebrations drew to a close more gifts were exchanged in the form of simple figures made from pottery as well as wax candles termed ‘sigilla’.
Christianity has throughout history adopted many traditions from other religions and so it would appear that the Traditions relating to Saturnalia became part of what we know as the Christmas celebrations.

Its not surprising that gift giving is a complex and very important part of our interaction with other human beings, gift giving helps us to strengthen bonds with family and friends as well as define relationships with the people in our lives. Indeed, psychologists say it is often the giver who gains the most psychologically from a gift as they benefit from feeling good about being the one who has gifted to someone else.

With different economic strains the giving of gifts can be seen as stressful to the person receiving as the expectation (especially around Christmas) is to reciprocate.  To help with this a cap on the spending can be discussed in advance so buying large extravagant gifts is ruled out and people who are unable to afford such things are not left feeling uncomfortable.  After all the idea of gift giving should be about the exchange of gifts not how much one person has spent over another.

It should be noted that even if you personally don’t like receiving gifts from friends, family and loved ones (or all of the above) psychologists say to let your well-meaning gift giving friends continue to lavish gifts on you. It’s a way to encourage them to think about you, your tastes, hopes and favourite hobbies a couple of times a year and strengthen your bond.  Writing this has also made me realise that maybe I could give more to the people I love.

What can be better than showing your appreciation through heartfelt personal gifts?

Here are The Pocket Hip Flask Company UK we bring you a long list of gift ideas for the person looking to gift a personalised hip flask to someone special in their life.  Our range of pewter hip flasks are produced here in the UK and make the perfect gift for any day of the year.  We also have a great selection of cufflinks as well as Zippo lighter that are perfect for personalising.