Can’t find a hip flask in Southampton? With one of the largest collections of hip flasks in the UK, fast engraving and shipping times as well as next day delivery its no wonder people come to us when they need a hip flask fast. Same day dispatch on orders made before 14:00pm Monday to Friday. 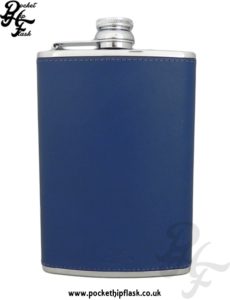 If you are living in Southampton and are looking for a high quality hip flask for a special event or an occasion that really needs something memorable then our online flask store has a great range of English Pewter hip flasks as well as a large collection of quality stainless steel flasks.  From Luxury leather to ladies bling flasks we have a great selection in stock and ready to be shipped to Southampton.

We offer same day engraving across our range with same day dispatch on all orders purchased before 14:00pm (Monday to Friday).  Coupled with speedy delivery service like Royal Mails Next Day Delivery, we can get your new flask to you in no time.

Over the years we have hunted down and complied a fantastic collection of hip flasks all in one place so our customers can have a great selection.

Southampton is the closet city to the New Forest and is the largest city in Hampshire England. Southampton sits on the south coast close to Portsmouth and about 75 miles south of London.  Southampton is a major port city and is home to a number of the largest cruise ships in the world, cruses set sail from this port on a regular basis taking thousands of customers across the world via cruise ship. 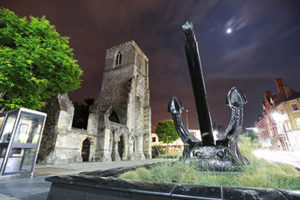 Archaeologists have found evidence that the settlement has been in use since the Stone Age. The Roman Empire invaded Britain in 43 AD and following this invasion and subsequent conquering of the local Britain’s a fort was established and the settlement of Clausentum came to be, this is thought to be located in the modern day suburb of Southampton called Bitterne.

Like many old cities Southampton has many historical buildings situated throughout the city, including parts of the city’s walls which include the old gatehouse thought to have first been built in the 13th century.  This really is a lively and interesting city to visit with so much to offer with coastal views, boat trips and historical buildings.