Looking for a hip flask in Liverpool? Our wonderful range of pewter and stainless steel hip flasks are ready and waiting, with same day engraving and next day delivery options we happily ship to Liverpool. Hip flasks make a great gift for many occasions and so with our in house engraving and fast shipping you are sure to get your flask when you want it.

With many cultures, languages and people from all walks of life Liverpool is an interesting place steeped in history.  Liverpudlians are known as a fun loving group 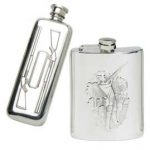 of people who like to have a laugh as well as a good drink, so if you are looking for a hip flask for a special occasion or just on late notice then we offer fast engraving and dispatch services coupled with next day delivery options.  With a wide range of pewter hip flasks and stainless steel hip flasks we have something suitable for everyone.  Our hip flasks are perfect for birthdays, weddings and most other special occasions, with the option to also have a logo engraved there really is so much choice on our website.

Situated in the north west of England, Liverpool is the fifth-largest metropolitan area in the UK. Liverpool became a city in 1880 and sits on the estuary of the river 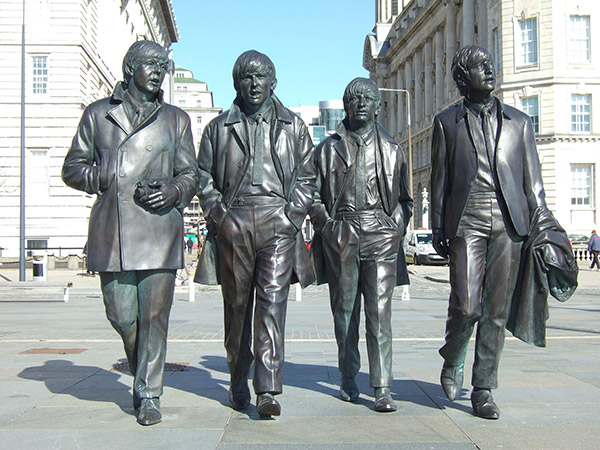 Mersey. The Beatles really put Liverpool on the map and made is a tourist destination and in 2008 was nominated as one of two annual European Capitals of Culture, this was a massive boost to the city which saw an influx of people visiting after this announcement.

This port city has attracted business and settlers for many years and in 2007 the city proudly celebrated is 800th anniversary.  The borough of Liverpool was first named in 1207 and up to and around the 16th century still had a small population of around 500.  In the 18th century things really started to move forward for the town of Liverpool mainly due to the River Dee near Chester silting up and preventing trade to that destination.  Liverpool could offer what Chester could not and so began to rapidly grow with income sugar and tobacco from the West Indies. As the start of the 19th century came the city prospered with new and more elaborate houses and buildings. Liverpool became a major trade port and has remained so since.