Nearly every country and civilisation has discovered a way 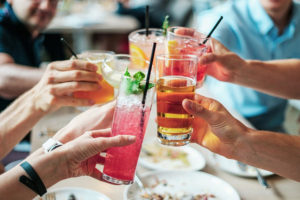 of brewing, fermenting and distilling.  Through the years they way that the methods of making alcohol have changed and many beverages are now made in the same ways around the globe. Some  countries of course have alcoholic drinks that are made specifically by them and using special methods however,  nearly all beer, wine and liquor etc is made following the same processes.
The way that the drinks are made may be very similar however, the actual drinks and the social and mental attitudes towards drinking vary hugely around the world.

Alcohol has played a huge part in human existence for thousands of years and has helped the development of agriculture as once people found out the effects of beer that was made via fermented grains, they started to cultivate more grain so that they could have beer as well as bread. Mmmmn nice!

Drinking has always been seen as a social activity pretty much since it was discovered. It has also been used for medicinal purposes however it was  mostly drunk for the non medical effects that it had on the body and the mind. It really does play a huge part in many cultures – prohibition has been attempted many times however it is always eventual scrapped as bootlegging comes into play, illegal alcohol was brewed (moonshine) and the countries go into disarray. I would not have thought that prohibition would be attempted again in our time, governments make far too much money from it! 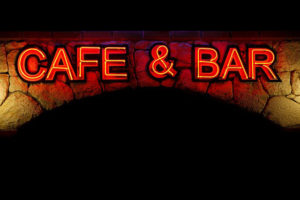 Across the countries there is such a vast difference in the way that we can handle our booze and how it makes us behave. For some it is associated with anti-social and violent behaviour while for other countries it is associated with peace and harmony.
There are so many reasons for this such as genetics which play a large part in how it affects us, the amount that we drink, how fast we drink it and also what we drink. Some countries are known for certain drinks and others are known for drinking pretty much anything. It is the different cultural beliefs and social norms that make these traits accepted.
Experiments have been run and it has been found that the effects of alcohol and the behaviour that it creates in individuals are determined mostly on cultural and social situations rather than the actual chemicals in the drink and the way they react with the ethanol.

Some countries are known for drinking in abundance and other just a few wee nips of an evening for social outings. Again, this all comes down to what is socially accepted.

In all cultures, drinking is governed and we are told what amount is healthy for us, what is a normal amount to drink and what is abnormal and of course what age you can legally drink from. There are so many who, what’s, why’s and where’s that sometimes it can be a little overwhelming.

Many people do drink in their homes however again, for most, there are designated places that you go to meet with your friends and have a few drinks such as pubs and restaurants etc. Alcohol is universally associated with festivities and celebrations and so drinking becomes socially accepted for times of happiness and festiveness. Many of us also have hip flask that we take out with us depending on the occasion.

It would seem that European countries are known to be amongst some of the highest consumers of alcohol, not really a surprise if I am honest. I think it is all very fascinating and will be delving into the drinking cultures of specific continents and countries soon enough so watch this space and our blog.